You are here: Home1 / Travelers Insurance

Since its inception in 1864, Travelers Insurance has been helping customers protect their daily lives. Founded to literally insure the lives of passengers traveling on trains or steamboats, the company moved to cover any accident resulting in loss of life or personal injury. Travelers began to provide worker’s compensation insurance and created the Department of Engineering and Safety in 1904 to research ways to make the workplace a safe place. Travelers went on to offer insurance for multiple kinds of transportation: they sold auto insurance, paid out insurance benefits to those affected by the sinking of the Titanic in 1912 and was the first to insure air travel.  President Woodrow Wilson was the first person to be insured in case of airline disaster in 1919. During World War II, Travelers Insurance insures government risks and begins to take steps to insuring homes, farms and business owners. Not satisfied with just insuring travelers on Earth, Travelers Insurance writes an accident policy for lunar travel during the 1969 launch of Apollo 11. During the 1970s and 1980s, Travelers stayed on the cutting edge of technology, creating a consumer hotline for insurance queries and using computer systems. Eventually, Travelers Insurance began insuring identify theft, resulting in many other insurers creating similar policies. Travelers has made a name for itself by staying ahead of the insurance pack.

Established in St. Paul, Minnesota in 1853, St. Paul Fire and Insurance Company quickly become one of the leading insurers in the area. Paying its first fire claim in 1855, St. Paul Fire and Marine Insurance Company insured and paid claims to victims of several infamous disasters. From the Great Chicago Fire of 1871 to the San Francisco earthquake in 1906, St. Paul Fire and Marine Insurance Company helped hundreds of thousands of people get back on their feet. The company did not just deal with fire loss, the company also insured marine vessels during World War I. In 1925, the company branched out and opened Mercy Indemnity Company to handle liability claims, like insuring jewelry during travel. The company preserved through the Great Depression in 1929, not laying off a single worker. In 1968, the company became The St. Paul, offering not only insurance services, but financial services as well. The St. Paul expanded across the pond, acquiring St. Katherine Insurance Company PLC, in London in 1988. The St. Paul continued its forward march through the 1990s and 2000s, continuing to be a major player in the insurance marketplace.

Talk to your H & K Insurance agent to see get a quote on a Travelers Insurance product in Bremerton, WA today! 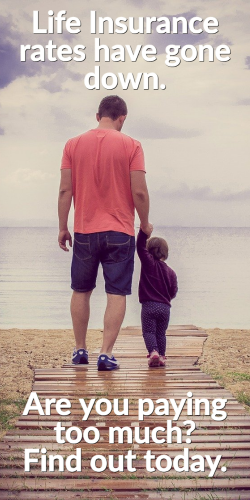